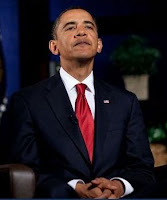 Does the recent talk of a “new normal” give you an uneasy feeling deep in the pit of your stomach? Well, it should since through most of the 8 years of the Obama administration we were continually told how higher unemployment, fewer jobs, stagnant economic growth and of course, increased dependency on government for our day to day survival was to be accepted as “the New Normal.”

But it didn’t happen as the left expected. No, over the last three years our country thrived with the highest stock market gains ever, lowest unemployment in decades, astronomical job growth and fewer people relying on government assistance.

That is, until claiming the need to stop the spread of this Coronavirus, governors across the country declared emergencies, issued ‘stay at home orders’ closing many businesses deemed “non-essential,’ closed parks, issued “social distancing orders,” and again forcing people back to reliance on government programs and payments to feed and care for their families.

Once again, we’re right back to “the New Normal,” even to proclaiming it such by the media and others. They didn’t even bother to rename it, just once again claim it as this “New Normal” that was rejected and countered with the election of Donald Trump in 2016.

To be up front, I did not support Trump in 2016, but didn’t support his opponent, Hillary Clinton. In fact, my claim at the time was “the two worst candidates in our history.” Unlike others, though, I didn’t feel the need to ‘flip out’ over the results and since Trump won, admitted he was entitled to govern, succeeding or falling on his face, as all before him were granted.

Admittedly my assessment wasn’t accurate and even though I still have issues with the man, we were heading towards a much improved country, even though there was little to no cooperation from Democrats as all they could do was seek impeachment to have him ousted from office. As we know, they succeeded in a highly partisan impeachment passed that was rejected in the Senate.

Things were looking really good for the U.S. and even the world, up until the Coronavirus hit and maximum effort resulted in a near complete shut-down of the country, pushing us right back towards economic uncertainty of the Obama years.

A Sept. 29, 2012 New York Times article informed us, “a slim majority of Americans now say they define getting ahead as not falling behind — not losing ground or falling into debt — rather than the more traditional definition of enjoying steady increases in pay and income.”

A June 12, 2014 American Economic Institute article quoted Obama Treasury Secretary, Jack Lew saying, “the US GDP growth rate, adjusted for inflation, is now projected to run a little above 2% a year. That would be a significant downshift from the 3.4% average growth rate from the end of World War II until 2007.”

Forbes let us know, in an Jan 14, 2014 article titled Obama's Unemployment 'New Normal' Foretells A 'Lost Decade', pertaining to an effort to paint a rosy picture of the then lagging economy, “A quick look at the BLS Household Survey showed that, rather than being bad, December was actually a better-than-average month in President Obama’s ‘new normal’ economy. This is not a huge accomplishment, given that ‘Obama’s new normal’ comprises slow GDP growth, a stagnant jobs market, and falling real household incomes.” (Emphasis added)

In the waning days of the Obama administration, a July 8, 2016 Washington Post column, Is anemic growth the new normal? quoted James Bullard, president of the Federal Reserve Bank of St. Louis, “The grim news is not that the economy continues to resist returning to normal. Rather, it is that this ‘current equilibrium’ is the new normal. If 2 percent growth is ‘the most likely scenario’ for the foreseeable future, the nation faces a second consecutive lost decade — one without a year of 3 percent growth.”

Suffice it to say, we saw through the efforts to convince us how much better off we were under the economic oppression offered by Obama’s “New Normal”

However, even though a serious outbreak, this COVID-19 virus appears to be being used to stall out our economic progress, plunging us right back to the misery we escaped from by the 2016 election.

With “stay at home orders” issued by governors, citizens arrested for playing tee ball with their child or taking them to a park or just being alone outdoors at the beach. Paychecks drying up as businesses are closed, not meeting the government’s level of what they deem “essential,” and forcing people onto government assistance in order to care for themselves and their families.

While it might be nice to receive a check from the government, never forget that the money was first taken away from someone else. And with so many businesses closures and rapidly increasing unemployment, government is receiving far less revenue, forcing them to borrow even more from somewhere or somebody in order to continue sending out those checks.

And now, as eastern and central states are easing up on their restrictions, west coast governors are extending their orders of stay at home, even though several citizens have formed rallies in protest around the state and at the capital.

Make no mistake, “New Normal” is nothing more than government dependence and oppression in the long run and is not what we need.

What we really need is for government to get out of our way and let us work and restore the nation to what it has always been destined to be, a Great Country with a free people.

After all, it wasn’t government that built this nation, but the people embracing their freedom to create, grow and thrive.

Let’s not throw it all away due to fearmongering by government.
LewWaters at 12:01 PM